Added 2 years ago by Serg
87 Views
Ingredients:
Step 1: For making basic icecream:
1/2 litre full-fat milk
11/2 tbsp cornflour
1 ½ tbsp. G.m.s powder
1/8 tsp C.m.c powder
9-10 tbsp sugar
Step 2: For vanilla icecream
1 tsp vanilla essence
1/2 cup whipping cream
How to make Vanilla Ice cream:
Step 1:
Divide milk into two parts.
Put 1/4 part of the milk in a bowl and add corn flour, g.m.s powder, c.m.c powder, sugar and beat with an electric beater on medium speed for 5 minutes. Keep aside
Put rest 3/4 part of the milk in a pan and cook it on medium flame, stir for few minutes. Keep stirring occasionally to avoid forming the thin layer on top of the milk.
After 4-5 minutes put all the beaten contents of the bowl into the pan and keep on stirring on medium flame until milk boils.
Once the milk mixture starts boiling, switch off the flame and put the pan on counter top but Keep on stirring to prevent any skin forming on top of the milk. Let the mixture cool down completely.
Once the mixture cools down completely, put it into a plastic container, cover it and freeze for at least 10 hours or overnight. 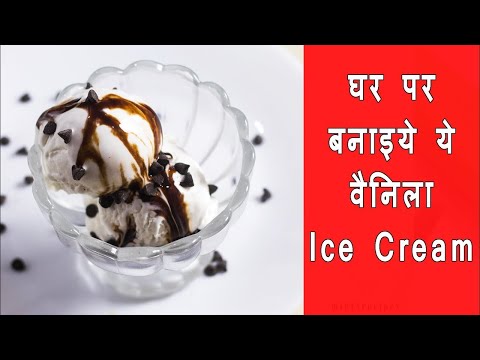